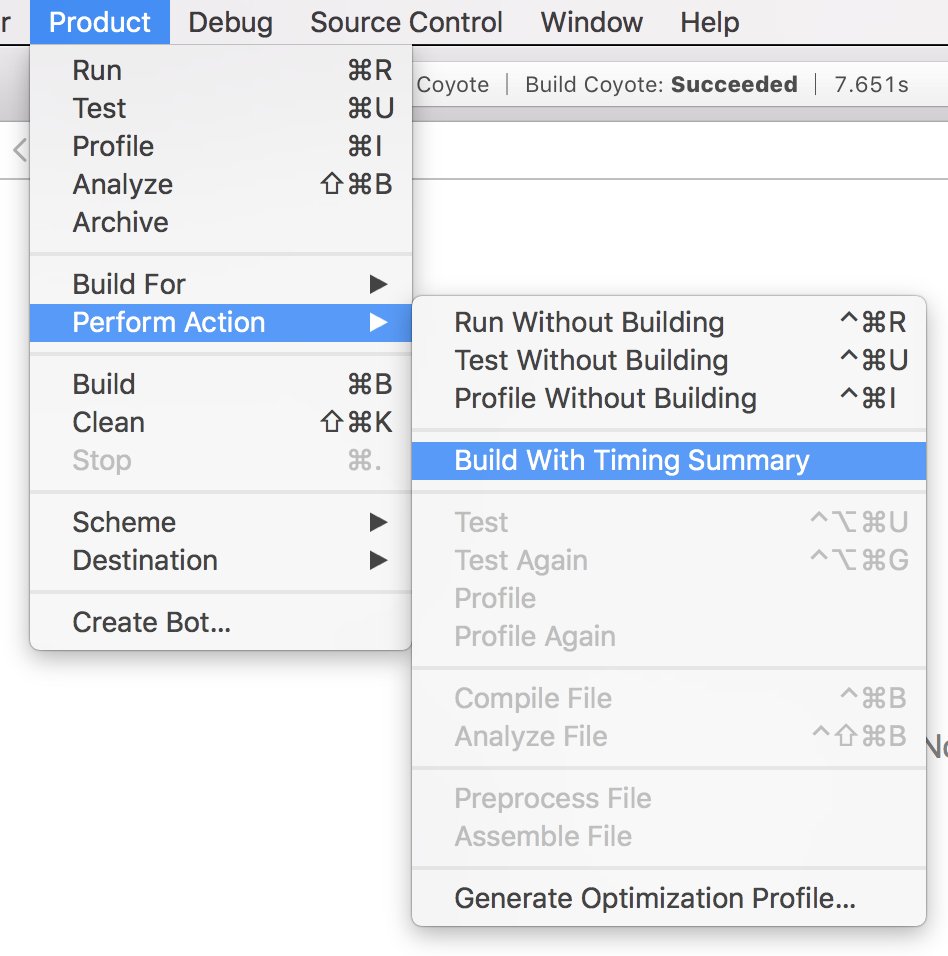 Navigate to the Report Navigator after the build is finished and select the last build. Scroll all the way down until you see the Build Timing Summary. 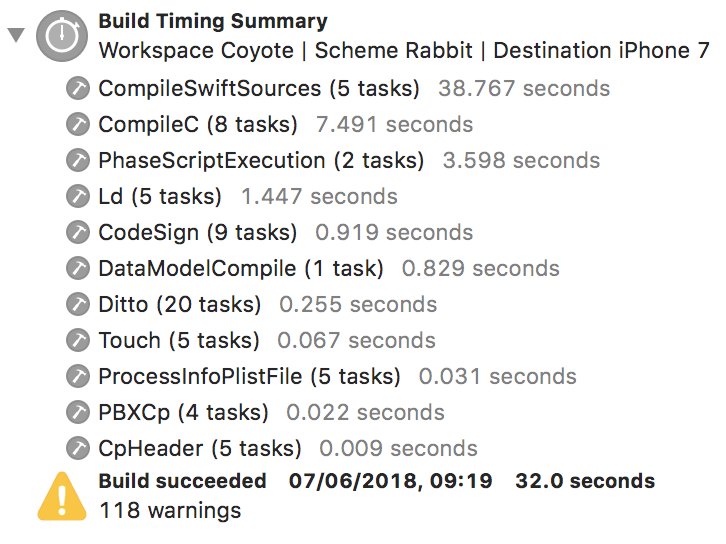 This is a great starting point for investigating where you should improve your project. It’s often the CompileSwiftSources and the PhaseScriptExecution which take up most of the time. The first one obviously comes down to your Swift code. The latter points to your custom build phases. It’s often possible to disable certain run scripts which are only required for release builds.

It’s funny how CompileSwiftSources alone is bigger than the total tho ?

CompileSwiftSources alone is bigger than the total tho

This indeed feels strange. I’ve asked Rick Ballard from the Xcode Build System for a clarification which gave some great insights in how the system works:

Yes – many commands, especially compilation, are able to run in parallel with each other, so multicore machines will finish the build much faster than the time it took to run each of the commands.

Type checking of functions and expressions

To narrow down the causes of slow build times you can enable swift-flags to gather more insights. These flags were already available before Xcode 10, but still very useful.

The compiler can warn about individual expressions that take a long time to type check using the -Xfrontend -warn-long-expression-type-checking=<limit> swift flag where <limit> can be replaced for the lower limit of the number of milliseconds that an expression must take to type check in order for the warning to be emitted.

One of them is enabling Incremental Builds instead of Whole Module compilation. Read more about it in my Enabling newly added opt-in features in Xcode 10 post.

Xcode Instruments is a developer tool that comes for free with Xcode. It has a lot of useful tools to ...
Read More
20 August 2019 Debugging Xcode

Xcode 11 was introduced during WWDC 2019 and contained improvements in the way the assistant editor works. If you’re using ...
Read More
1 October 2019 Workflow Xcode

Xcode Previews have been added in Xcode 11 and allow you to quickly preview the current state of your view. ...
Read More
18 June 2019 Xcode